This link will take you to a non-GSK website. GSK does not recommend, endorse or accept liability for sites controlled by third-parties.

Time is Your Ally

What are the risks in the 'wait and see' approach for patients with COPD who are not adequately treated on an ICS/LABA maintenance regimen. 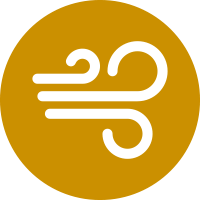 In COPD patients who exacerbated in the previous year, >40% will experience a moderate/severe exacerbation over 12 months on dual maintenance therapy* 1

Even a single exacerbation could lead to ~40% faster decline in lung function vs. no exacerbation^ 5

Identifying patients with COPD who are symptomatic and at risk of an exacerbation** despite treatment with an ICS/LABA regimen.

Patients with COPD who are symptomatic and at risk of an exacerbation** can be difficult to identify. 4 How can you uncover more when they tell you they "feel fine”?

Learn more about the burden of COPD in Ireland

Watch the video to hear from Professor Ross Morgan, Beaumont Hospital, Dublin, discuss the burden of COPD in Ireland.

How can Trelegy▼Ellipta (fluticasone furoate/umeclidinium/vilanterol) help?

Watch how TRELEGY Ellipta compared against an ICS/LABA in terms of exacerbation reduction, lung function and health-related quality of life.

*Based on a 52-week, randomised, double-blind, non-inferiority trial comparing indacaterol/glycopyrronium (110/50 μg) once daily to fluticasone propionate/salmeterol (500/50 μg) twice daily in COPD patients with a history of at least one exacerbation in the previous year (for which they received treatment with systemic glucocorticoids, antibiotic agents, or both). IND/GLY showed non-inferiority and superiority to FP/SAL in reducing the annual rate of all COPD exacerbations.

LAMA/LABAs are indicated as a maintenance bronchodilator treatment to relieve symptoms in adult patients with chronic obstructive pulmonary disease. 1

**Defined as a worsening of symptoms, or has experienced an exacerbation treated with antibiotics or oral corticosteroid in the past 12 months.

†Retrospective analysis of annual rates of decline in FEV1 and FVC before and after a single moderate-to-severe exacerbation in patients with moderate to very severe COPD during the UPLIFT study. 2

††A retrospective cohort of newly diagnosed COPD patients (N=3199) identified in the Clinical Practice Research Datalink (CPRD). Maintenance therapy prescribed within the first 3 months of diagnosis and in the subsequent 3-month intervals for 24 months were analysed. 3

TRELEGY Ellipta was created in collaboration with

▼ This medicinal product is subject to additional monitoring. This will allow quick identification of new safety information. Healthcare professionals are asked to report any suspected adverse reactions.